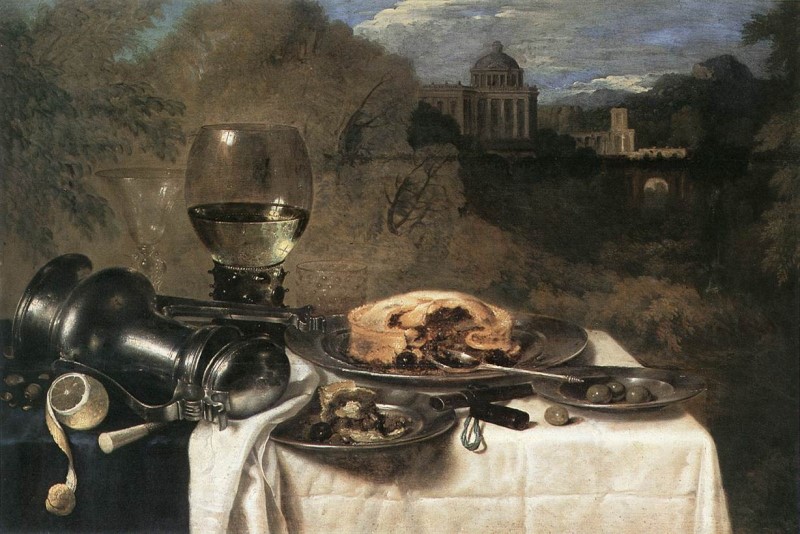 The Liberality of Art

Above dark seas of chaos beneath, below an ocean of crystal above, art is a lost gull flying.

Some wish to offer it a home—to give it bounds and curb the wandering flight. Another believes it must be free to fly wherever it has wings to fly. Which do Christians feel? Is Christianity art’s home? Is the home a cage?

Christ is the man Jesus of Nazareth, son of Mary—carpenter, single, with a predictable beard and a bracing sense of humor. But He is first Logos, the creative, ordering power of Love Himself. By the overflowing excellence which is Him, all things hold together and become diversely and particularly themselves—whole, intelligible, and real.

Thus the claim of the Cosmic Christ is exclusive. He is the Only One because He is the Everyone. His exclusivity is infinite—narrow to the point of reversal. Anything not of Him is not of the realest reality, and the one who willingly loses his own for Christ’s gains the whole. This paradoxically liberal exclusivity is a sleepless scandal against human temperance.

This point is crucial to a philosophy of Christian art, because the claims art makes of itself are similarly broad. Art is the most progressive cultural force, yet its dynamism is born of deep intuitions growing out of the longest past. Art is vital because it expresses individually what is universal to humanity. Philosophy explicitly ignores nothing, but art tacitly knows even philosophy. But the lively liberality of art lives in a mystery which, at work in sundry times and diverse manners throughout human culture, is humanized only in the Incarnation of Logos. This fulfillment was and is effectively present wherever there is life, but especially wherever there is beauty, and most truly wherever there is the creative dialectic of worship.

Even when a work of art is explicitly directed against the claims of Christ, by the bare virtue of its existence as a unique reality, it is an expression of Christianity. It may mean something warped, but if it means at all, it betrays the presence of Meaning Himself. Meaning is based in connection; elements (words, sounds, color, etc.) are combined and connected according to a directing will, and this act of connection both respects the nature of each element and elevates it to relationship. This connection is Logos, and He is present in every thought you think, just as the intricate joining of your body is Logos, and He is present in every breath you breathe.

Of course, this does not imply that all art is Christian in the full sense, or that a Christian should expose himself to any and all art. Those questions deal in contingencies beyond the scope of my present aim, which is merely an attempt to connect the essence of art to the essence of Christianity.

To know that the Logos is Personal and has become Human Flesh is the dream that art is only dreaming every time it spells the ineffability of moments in words, lines, motion, light.

Art and Christianity are connected, and Christianity is above art, without diminishing the lower. “The Son can do nothing of his own accord, but what he sees the Father doing.” And yet “as the Father has life in himself, so he has granted the Son also to have life in himself.” Conformity is originality when the form is the form of abundance. As the Son in the Father, so we in the Son are given authority to spread the reign of freedom.

Real freedom is not simply un-limitedness. Order is the substance of existence, entropy is a leveler, homogeneity is death. The totalizing spirit of this age disavows even the hint of hierarchy, unknowingly throwing away the seed of the diversity it craves. (A past age had accidentally cooked that same seed to death in a solar oven/hothouse. Not all was lost though—they sold extract-of-order, which has a remarkable shelf-life.)

Undoubtedly the tension of authority and freedom finds no closure in thought, but the act of art can help us to live this tension. We judge beauty by Christ, yet we know Christ by beauty. We correct and order all knowledge around Christ, but the center is not known without the truths surrounding.

It is the revelation of the transcendent which gives art a home from which to explore the world.

The world is the wilderness where in the evening we pitch our tent.

When we have only stars for cover, in the morning a dream of a golden ladder hallows the barren rocks.

2 thoughts on “The Liberality of Art”