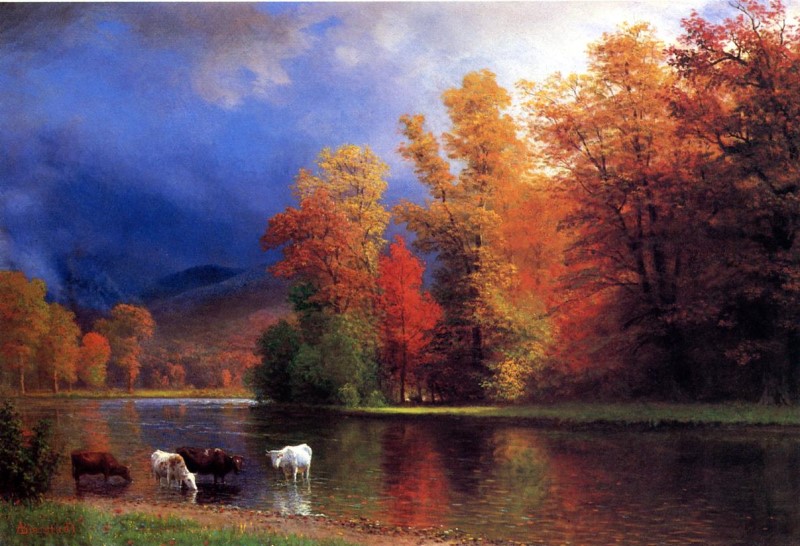 It is a great relief to be divinely commanded to do something you want to do but haven’t because deep down you feel like you didn’t have a good enough excuse.

Which is why there are those delightfully naive scriptures which say, in simple imperative: “In everything give thanks.” “Always give thanks for all things.”

If thankfulness is joy, wouldn’t we want to do it without being told? And if it is joy, how could it simply be there for the choosing?

Perhaps I haven’t done it because I feel somehow that it would be cheap or false to be happy for no good reason, and it seems disingenuous to make up reasons. If not unreasonable, at least arbitrary. I notice that I feel like it’s a betrayal of some future perfection to be too happy in the present imperfection. I owe it to Excellence to judge as relatively lacking anything else which is not sublime; I should give it its due degree of appreciation but no more. Temperance and honesty and objectivity and all that. Let’s not be lawless and throw ourselves away on mediocrities.

I don’t think I’m all wrong about that. It would be idolatry to give to anything else the kind of honor due only to God—to the Holy One—alone good—dwelling in the light unapproachable. There is a kind of perpetual dissatisfaction which is true. We must not draw back from feeling the terrible inadequacy of anything tangible, anything actual, anything possible, anything anyone could ever conceive of experiencing.

What is thought? You stretch out the hands of your mind and you hold the thing—(the room you are in, the table, the exact color of the floor, the soft rubbing sounds of your fingers, the body you somehow call yourself. The tree outside the window, the straight lines of the lamp post, the air, the way the air fills dimensional space, and the space beyond the earth which nothing fills. The beautiful thing you wish for and can never attain, the person in the picture on your fridge, the fridge, the food inside the fridge, the taste, the tang, the feel of your tongue on the arch of the roof of your mouth, swallowing, the thought of yourself tasting, the thought of yourself, your own death, your strangeness, the dreams you lost, fears that will soon find you, your chronic doubts, your anything and everything)—you stretch out the hands of your mind and you hold the thing, and that is what thought is.

There is no thought like the thought of God. It is not itself a thought. It would be truer to say that it is God’s thought which thinks in you—that all your thoughts live in His thought–that to be aware is to be enacting a form of praying. The thought of God is a verb, a direction, a turning of the mind, an opening of awareness to an outside which can never be within. The thought of God is the only way to understand. To begin to think of God is to see that you have always already been thinking of Him. This thought need not push out other thoughts. It is the true way of thinking; it is what the word “truth” tries so valiantly to mean.

To thank God is to stretch out the hands of your mind, as the thought of God, and then to hold the thing–the anything, the little thing, the everything.

It is something like holding two thoughts simultaneously—to think of God and of the thing at the same time.

If the thing is painful, then giving thanks is holding its painfulness in unity with the thought of God. That is all. You need not find anything in particular about it for which to be thankful—only consider it, and consider God. Thankfulness is looking at the thing directly, allowing the truth to hold it in its own light.

This would cure the bitterness from our pain, and it would purge the distraction from our joy. It would be the end of the great sin of boredom; in this act of joyful attention we will bring each thing into its own, and therein find our own highest purpose, and the secret of our rightful work. It is the end of our fear; in its abundance, creation speaks through us into an invincible moment fuller than time.

Thankfulness is. It is infinity filling smallness. It is prophecy. It is a flash of new creation. It is very good.