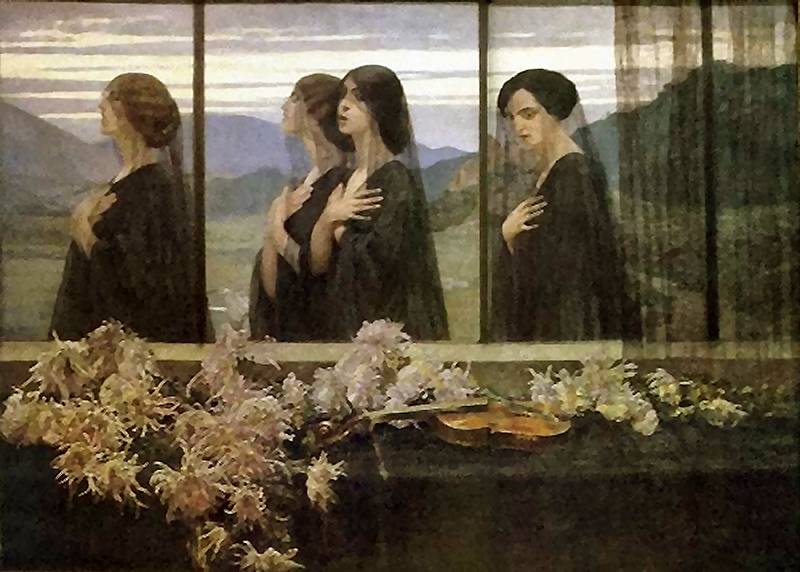 Is This Pressure or Erasure?

by Conrad Martin
A meditation on “This Is Pressure, Not Erasure,” by Shannon Blank

Say you are walking along the seashore—that place where land and water seam together—and when you could have stopped, you keep on walking, because you are alone.

A shore is a place inside of us, where things come against themselves and fall back in the forms that we call thoughts. You walk between and within this border, like a creature made half of land and half of water, perhaps seeking something identical but opposite—half water, half land.

Our first sensations were of the land—round and firm and smooth. Then there was a ridge, and now here is the sea, and the endless fact of it is seeping into everything.

Some borders feel like a living tightrope; they move beneath you when you lean against your inevitable balance.

You could stop—turning inland, or floating outward. You could catch a train or a horse, or a dolphin. You keep walking because you are alone, and it is not finished.

This thing I have not in my mind
but body
and not a thing but place I have
here knotted uptight oddly.

These two “nots” guide us away from any ready interpretation for the poem’s meaning. It is more than a mental knot we might describe in ideological terms, but neither is it a physical knot—maybe it is a third thing which is neither or both. Some knots are tied in the lines that run from everywhere to everywhere. Some places follow you.

The pun on the nots and the knot intensifies the meaning of all three. Negation is like constriction, but here there are two negations either undoing or reinforcing each other. The first three lines trace the difficulty of expressing their subject, and the knotted fourth line agrees and satisfies them and us.

The use of “This,” and especially “here,” supports the inwardness of the poem by assuming a shared perspective. The slant rhyme between “body” and “oddly” smoothly fits the elliptical voice and abstract subject.

A saturated seashore or a weakness changed
from strength
that’s doubled here in depth
and doubled there in length.

It might be the strength that is doubled, or it could be the weakness, but if I had to guess (I do) I would say both. Perhaps strength here has to do with sharp lines and clean distinctions, and weakness with the blur and the blend. Strengthening and clarifying and separating the elements of some dilemmas often just uncovers new realms of mystery. The strong water comes against the strong land, and now the soft wetness of the sand is widened. Where and what are all these distinctions, and what is the saturation? Strong longings and sure safeties, possibility and past, the new way and the old way, good and evil, you and me, the enormous world and the tiny, invincible human heart.

The sea-shore saturated, the brine and
sand blended
the stark apart that had been kept
gets gradually distended.

In the beginning God laid the bounds for the habitations of things: Here is the land. There is the sea. This is earth. That is heaven. Birds above, creeping things below. Species, kinds, distinctions, delineations, orders, warders, bounds, lines, tigers, terriers, and apparently the platypus. He made the sun for day and the moon for night.

What spirit is it that moves in us along these twilights? What was it within us that wanted these things kept stark apart?

The lines were fallen unto us in pleasant places.

Sometimes between two truths is not a widening emptiness, but a distending apartness—not a cancellation, but a third thing—a space crammed full and fuller with what is neither apartness nor sameness, but a place—a place to walk—a way—a way of pressure, not erasure.

The reversed repetition from the previous stanza of “A saturated seashore” to “The sea-shore saturated” is pleasant and would be gratifying even if it did not follow two doublings. “Sand blended” deserves the emphasis the short line gives it. The alliterations and assonances of this stanza are gentle and good.

A nibbling tide not asking for my
pardon
drenches in erasing
the distinctions of these margins.

Is this capitulation?—Erasure, not pressure? Whatever the case, it is not our fault, or to our merit. The body will fall asleep involuntarily if deprived of rest. Beginning with a nibble, something will give, burst, cave, wash.

The isolation of “pardon” on its own line, combined with the lack of punctuation, allows allusions to other readings; it can be read as a standalone statement—the speaker asking pardon. It can be read with the following line—pardon drenches in erasing. But the straightforward reading is rich enough.

What to do with the conflict between the title and this last stanza? It might not matter. But say it does—where would that lead us?

We could read the last stanza as putting pressure on the distinction between pressure and erasure itself—it is the poem “going meta,” addressing its own distinctions or margins. It follows itself to the limit, and at last its feet are washed out from under it. This movement models the way things work in the real world—there is a time for thought and a time for oblivion. Reading the poem as two moments in chronological experience (Now is pressure. And now is erasure.) allows both to be true, because the modes of the two moments are different. We are never wrong when we are sleeping, no matter how true our dreams.

Building on this interpretation, perhaps the title is meant to have the last word, as a declaration about the dilemma of the poem. It follows and qualifies the last stanza, which qualifies the earlier thought. It says that there is both pressure and erasure, and that this both-ness is itself a pressure, not an erasure.

This is at least one of the things the poem says to me. It says something particular about an oddness in the general shape of things. It is an oddness that takes shape as life is examined to its edges—when things are considered broadly, closely, freely—as when one is walking alone. Like the poetry of Emily Dickinson, this poem is remarkable in its ability to give its reader tangible contact with the inner movements of consciousness, and it does this by finding the same shapes in the outer world.

I love this poem for its strong, original voice which does not ask for my pardon. I love its understated sound-play and its natural rhythm. I am not done repeating it to myself. Its mystery is not erased.

One thought on “Is This Pressure or Erasure?”