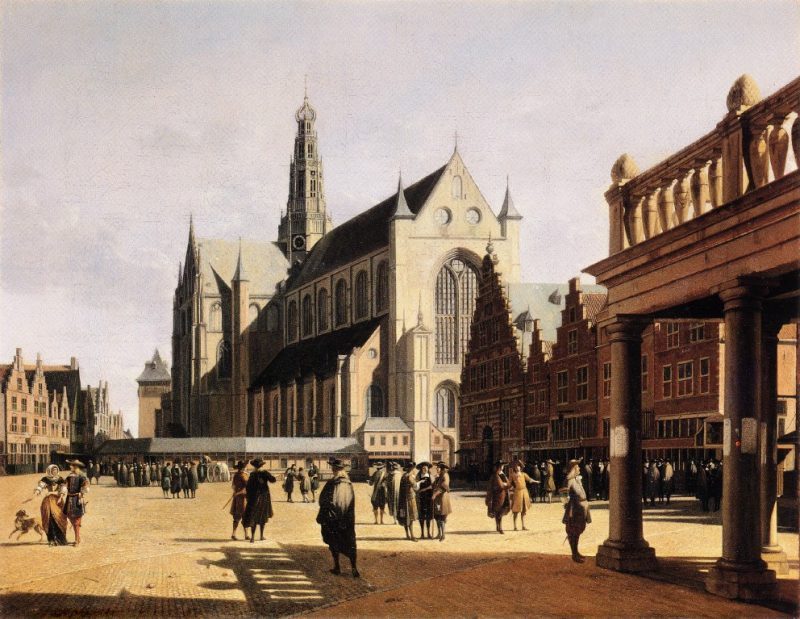 Since I had never taught or taken an AP class before, I went on College Central’s website to figure out what it takes to make an AP world literature class different from the world literature class I would teach if you set me loose in the classroom with no knowledge of standardized expectations and testing. I assumed I’d find a dry list of required skills and a stuffy map of expected areas of knowledge, but surprisingly, the article provided on “The art of Teaching AP English Literature,” by Ellen Greenblatt, sounded like the author had actually had fun writing it. It was as entertaining as it was useful. First, Greenblatt warned me that I would be working with students who “alternate, often in a flash, between the highest levels of sophistication and the deepest abysses of ignorance.” The realism of this insight was at the same time strangely comforting and strangely reminiscent of the protagonist of the first text I was teaching in AP World Literature, Oedipus Rex.

Oedipus goes back and forth between having the clearest understanding of human nature and completely missing the significance of the stories told surrounding the death of Laius. He fails to recognize his guilt and presence in the story, until the end of the play when it is all spelled out for him by an old shepherd under torture. Throughout the play, Oedipus is championed as a hero to the people of Thebes, for he saved them once from the terror of the Sphinx, and they are certain he can save them again from the uncanny plague that is ravaging the city. The Sphinx’s riddle may seem simple enough for those of us who have known it now for going on three thousand years, but I doubt the winnowing of the oral tradition that preceded Sophocles would have preserved it if it was really as simple as it sometimes seems today. Most of us have known the answer since about the time we were transitioning to two legs from four. I for one, knew the riddle long before I knew anything about the Greeks.

The story I was told went something like this. Once there was an evil woman who lived high on a lonely mountain pass who would ask travelers that passed along the road a riddle and then cast spells on them when they couldn’t answer. She would give them three tries before casting a spell that would make them forget their name, where they were going, and where they came from. They would wander around in the mountains, lost, and wailing because they knew nothing about themselves, and eventually die of thirst, starvation, or exposure. One day, a wise man passed along the mountain path, and the witch came down from her hut above the road, and stood in his way, and told him that if he couldn’t answer her riddle, he would be doomed to wander the mountains, forgetting his name, where he was going, and where he came from until his death. The riddle she asked him was this: “What walks on four legs in the morning, two legs in the afternoon, and goes by three legs in the evening?” The wise man thought, and thought, and the witch became impatient. Just as she drew from her clothes the crooked stick with which she cast her spells, the wise man answered, “It is man, who crawls on four legs when he is a baby, walks on two legs when he is grown, and leans on a walking stick when he is aged.” Upon hearing the right answer to her riddle, the witch shrieked frightfully, and imploded in a cloud of dust on the trail.

In the Greek mythology, the Riddler was a Sphinx, and the answerer Oedipus. The Sphinx terrorized Thebes, eating whomever she chose that came in and out of the city and couldn’t answer her riddle. When Oedipus arrives at Thebes, he is able to answer the question, and the Sphinx loses her power, and falls, shrieking her death wail, into the ravine below the city. In Oedipus Rex, Oedipus or his followers assert several times that he did not answer the riddle by “consulting the birds,” or by magic, but by his own intellect and reasoning. And yet I doubt that Oedipus answered the riddle simply because he was smarter than all the other good Greeks who died trying to do so. I think riddles are more often answered in flashes of something like intuition than they are through logical deduction. I think that Oedipus thought about the world and his own life differently than the Thebans did. I think he had different assumptions about time and personhood. He somehow recognized continuity of self through time in ways that perhaps the civilizations of Greeks that preceded their mythology did not. Perhaps it was his knowledge of the prophecies about him that allowed him to see his future as concretely and intimately a part of him as his present. Perhaps it was his uncertainty about his parentage that made his past as relevant and demanding attention as his present. Perhaps it was the way the prophecies yoked the certainty of his destiny to the uncertainty of his origin that formed his mind to see the past, present, and future selves as one essential whole, rather than leaving him free to carry himself through life with an awareness marooned in the present.

Is the one, after all, who walks in the morning, afternoon, and evening the same person? Without our understanding of the soul, would we be able to say so? Does your childhood self exist? Does your stooped, aged, future self exist? If we were strict materialists, we would have to say no, with the exception of our eye lenses. (What is it that’s the window to the soul again?) Even our tooth enamel gets replaced after we’ve learned to walk, and may well fall out before we hit the grave. The concept of the soul, though, opens the possibility of our past and future selves being one. When did the concept of the soul develop? Has it been thus forever? What is it in us that is essential? What is it that lasts?

Somehow Oedipus understands it is the same person throughout, and in a flash of insight, knows that the animal changing its gait in the morning, afternoon, and evening must be a very different animal from the ones that spend their whole day on four legs.

And yet despite everything that Oedipus sees, despite whatever reason, insight, or intuition it was that allowed him to answer the Sphinx and rule the city wisely, he is blind. He doesn’t know who he is, where he has come from, who he has married, or who he has killed. It is not knowing that he is from Thebes and of its royal blood that has allowed him to kill his father and marry his mother, the very fates he left his childhood home and family to avoid doing. The play is a dramatic illustration of the way you can never be sure of yourself or what you’re doing, if you don’t know where you are from. If you don’t know who you are, you’re in position to make some serious mistakes, or worse, be inclined to not act at all.

In a cultural sense the consequences of this not-knowing are true, and in the cosmic also. How do you know where you come from? Is it possible? Who of us does? Part of the reason why twenty-five hundred years later the play still disturbs us is that beneath all our cultural, historical, and socio-political identity markers, we still don’t know who we are. The fact is, that in the richest tradition, and in the oldest family with the best kept pedigree, if we think about it too long we have no idea where we came from. What happened in that great web of the Universe, the tapestry of Fate, and the impenetrable will of God that resulted in our consciousness being sown here, in this furrow of time and space?

Is answering where we come from, though, the most important question? Answering the question prematurely, or avoiding the question in favor of an answer that does not go all the way to the soul, is a way of losing our soul to the spirits, markets, fates, and forces that would operate upon us. If we are to learn where we come from, it will be a revelation that develops. A process that is unfolded across life through a relationship with life and with ourselves that is open to grace. I think the best description of the life I’m thinking of is in Henry Nouwen’s book, With Open Hands, a book on prayer, which by teaching us how to pray teaches us how to live. The life lived with open hands accepts that which is, and that which may yet be, and that which may be already, but which we cannot already see. This is a life of thankfulness and receptivity, turning continually toward the One who speaks, looking upward to the One who calls. Only through a surrender to grace will we ever be able to look back and understand our past as a coherent unity. Where we come from will ultimately be clarified only by grace. Only through grace will we know who we are.

The times that Obi Martin feels most alive come often when he is reading or writing.

Artwork: Gerrit Adriaensz Berckheyde (1638-1698), The Market Place and the Grote Kerk at Haarlem

One thought on “Obi Martin: Not Marooned”