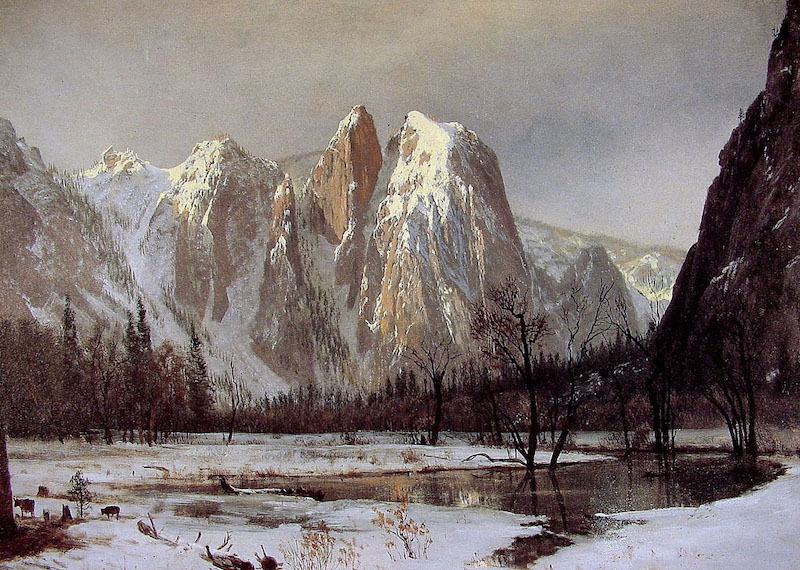 This summer, having too much time on my hands and the libraries being closed, I prowled around my mother’s gigantic book collection, trying to find something I hadn’t read. I was also driven by a shameful realization that, ever since I’d started studying literature in college, I’d actually spent less time reading it. The heavy reading that I needed to do for school wore me out, and when I was finished with my homework, I’d curl up with some lighter reading—often Agatha Christie, or, on a particularly tough day, even the Hardy Boys. I decided therefore that my next book must be a classic.

Unfortunately, I had already read most of my mother’s classics, so this ruled out most of the books in my mother’s library. She collects children’s books, which are helpful for relaxation, but didn’t fit my need. Then I discovered that she had one book by a Brontë sister that I still hadn’t read—Villette by Charlotte Brontë. I knew nothing of the book, except that basically no one has read it. This made me feel quite original, until I found afterwards that two of my close friends had read it, and that another friend is writing about it in her master’s thesis.

My mother’s copy of  Villette is old and fragile, and it fell into two halves when I first opened it. So I read first one half and then the other. I am always afraid to hold a paperback book open to more than a 45-degree angle, and I was extra careful with this one, keeping its spine at less than 30 degrees. But, as I entered the story, I soon forgot all these worries.

Villette, it turns out, is the story of Lucy Snowe, a young Englishwoman with no particular talents, no striking characteristics, no great beauty, and no family except a godmother. She does not even have the luxury of an oppressive past or any great future task to do. Her circle of acquaintances is never very large, and she leaves the few people she knows in order to travel to the European continent, where she ends up teaching English in Villette, the fictional capital of a fictional French-speaking country.

It was easy for me to see why this book had never been popular—its interest does not lie in a dramatic plot, nor in particular lovable or hateable characters (though Bronte’s characterization is quite as good as Austen’s and more to my taste than that of Dickens). Nor is its purpose to speak a message that the world needs or wants to hear. Yet the book captured my heart. Why?

Villette  interests me because of Lucy Snowe’s character, unassuming as it is. She narrates the book in first person, and all throughout it, she seems more interested in the people around her than herself. This does not mean that she is particularly self-effacing, or that she has no inner life, but that she is less able to talk about her inner life than her outer one. And the people around her are indeed fascinating. A sensitive young girl who lives as the devotee of her widowed father, the matron of a girls’ school who rules not by confrontation but by meticulous surveillance, a young doctor enamored by a coquette. The most interesting of all is certainly M. Paul Emanuel, one of the most wonderfully crafted characters I have ever met in or out of fiction. Brontë creates characters with faults, foibles, and heroisms so intricate and unlikely as to prove her either a caricaturist of the first order or a spy who plagiarized real people into a fictional book. Perhaps both.

M. Paul is a “fiery little man,” a man of strong opinions, a terror to his students, and a devout Catholic. Lucy tells us that

“this little man was of the order of beings who must not be opposed, unless you possessed an all-dominant force sufficient to crush him at once.”

He grows angry easily, but his is not a towering passion or a spiteful rage. Lucy says,

“I liked, for instance, to see M. Emanuel jealous; it lit up his nature, and woke his spirit; it threw all sorts of queer lights and shadows over his dun face, and into his violet-azure eyes (he used to say that his black hair and blue eyes were ‘une de ses beautés’). There was a relish in his anger; it was artless, earnest, quite unreasonable, but never hypocritical.”

Yet M. Paul is quick to forgive; “he was faithful and thoughtful, . . . tender and true. There was no sham and no cheat, and no hollow unreal in him.” And each episode in which he appears shows Bronte’s superb characterization.

At first I mistakenly thought that  Villette  would be about the people Lucy describes, and that Lucy Snowe (whose friends nearly always call her by her full name) was merely the narrator of someone else’s story. I gained this impression from the first several chapters, in which Lucy introduces some of the characters—whom she is to leave when she goes abroad, yet who play a role later on. I won’t be more specific about that role, so as not to ruin your chance to make for yourself some of the most fun discoveries about the book.

Lucy is an introverted woman, strong in conviction, resourceful because she is alone. She does not marry, at least not within the storyline of the book. She feels emotion so strongly as almost to experience it as pain; and her soul is made to lean on someone, but she has no one to lean on but God. Even as a narrator, she does not put herself forward, always remaining in the background, nor is she one to work herself to the bone for a name or cause.

It is only at the end of the first of three volumes that I began to know her, when all her human company leaves for vacation and she is left alone for weeks and suffers from depression. She describes her condition:

“Even to look forward was not to hope: the dumb future spoke no comfort, offered no promise, gave no inducement to bear present evil in reliance on future good. A sorrowful indifference to existence often pressed on me—a despairing resignation to reach betimes the end of all things earthly. Alas! When I had full leisure to look on life as life must be looked on by such as me, I found it but a hopeless desert: tawny sands, with no green fields, no palm-tree, no well in view. The hopes which are dear to youth, which bear it up and lead it on, I knew not and dared not know. If they knocked at my heart sometimes, an inhospitable bar to admission must be inwardly drawn. When they turned away thus rejected, tears sad enough sometimes flowed: but it could not be helped: I dared not give such guests lodging. So mortally did I fear the sin and weakness of presumption.”

Who has not felt the numbing bite of such despair as this? (Except that my editors tell me that many young people haven’t yet.) But Lucy never tells us the hopes that she dared not think of, or what are the fears that she needs to face, preferring not to saddle the reader with more problems than their share.

One criticism I could therefore make of the book is that Lucy’s struggle seems slightly aloof from the reader—we are not invited to share in her deepest emotions or the spiritual journey through which she struggles. But this could almost be a strength of the book—people like Lucy do not easily invite sharing into their deepest selves—their emotions seem all but synonymous with themselves, and they do not give themselves away lightly.

Like few heroines, Lucy has strong religious convictions, not as a dogmatist but as one who struggles with her God in a world where all true hope is half-obscured. It is certainly rare for the heroine of a novel to give us religious advice, and even more rare for that advice to be meaningful, without triteness. But Lucy has no ulterior motive; she betrays nothing but her own investment in the human plight when she tells the reader,

“As to what lies below, leave that with God. Man, your equal, weak as you, and not fit to be your judge, may be shut out thence: take it to your Maker—show Him the secrets of the spirit He gave—ask Him how you are to bear the pains He has appointed—kneel in His presence, and pray with faith for light in darkness, for strength in piteous weakness, for patience in extreme need. Certainly, at some hour, though perhaps not your hour, the waiting waters will stir; in some shape, though perhaps not the shape you dreamed, which your heart loved, and for which it bled, the healing herald will descend, the cripple and the blind, and the dumb, and the possessed will be led to bathe.”

Again, Lucy does not make us confidantes of her struggle with God. She respects her own soul’s boundaries with vigor and will not be fooled into making false confidences in the vain hope of resting her problems on any human. She knows that no human can fill the vacancy in each of our hearts that cries out for the completeness of resurrection in Jesus Christ. But we read her soul’s turmoil like a friend who hears much, but not the deepest, of her pain, and in that context, her injunctions are not sanctimonious but heartfelt. From Lucy’s lips, we hear truths that would be platitudes from anyone else, and because of her reticence, her sincerity is clear.

I understand Lucy and her torments and disappointments because we humans have all known the same kinds of desires, and because, in some measure, I too have been alone. It seems trite to say so, but Lucy becomes dear to me not because of her story but because she seems a friend, a fellow who has also seen loneliness, who suffers the ailments of the soul but remains strong. Neither pity nor jealousy may make her attractive, but you will not be sorry to number Lucy among your kin.

Lynn Michael Martin hopes that his writing can connect with others who struggle with the tension between a glorious hope and a self-interested realism—and who find it hard to be content with the complex and muddy life that usually results.