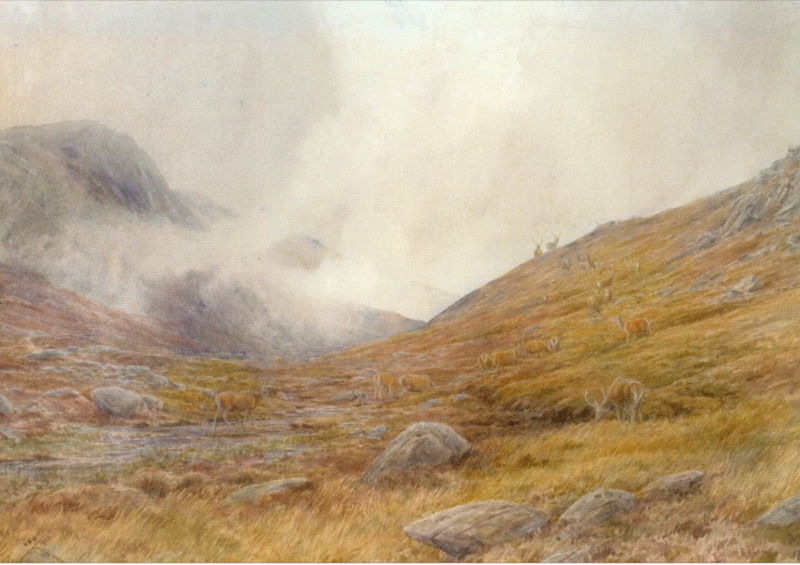 I All Alone Beweep my Outcast State

Posing as an isolated artist, a deeply misunderstood brooding mind, or as an overlooked introvert seems to be a popular theme among writers of poetry. Poets, maybe especially young ones, have tended to have a fascination with melancholy themes of mental or emotional isolation from the rest of society. Edgar Allan Poe’s lines written when he was twenty-one are representative of these sorts of feelings:

Considering the frequent recurrence of the loneliness theme in poetry and literature, I think the question needs to be asked: to what extent should ideas expressing isolation and loneliness be encouraged or tolerated in Christian poetry? While wanting to recognize that Christians can experience real loneliness and isolation (at least to some degree and in extreme circumstances), I am concerned that a great deal of poetry on the theme of loneliness is taken as an occasion for the author to wallow in invalid feelings of self-centered despondency. Since poetry is often the means of introspection, I would find it disturbing if a Christian produced a poem filled with reflections on his own pitiable (or extraordinary!) apartness: such a perspective demonstrates his failure to conform his mind to a Biblical understanding.

A central idea of Christianity is the goal of bringing individuals into deeply intimate communion and fellowship with other beings, first and foremost with God. In Psalm 148:14 the children of Israel are described as “a people near unto Him” (King James Version). Elsewhere the psalmist writes, “in thy presence is fullness of joy” (Psalm 16:11). Astoundingly, Paul says that even now God has, in a sense, “made us sit together in heavenly places in Christ Jesus” (Eph. 2:6). Finally, in 1 Thessalonians 4:17 as Paul describes the culmination of all things, he draws attention to our ultimate purpose: “Then we which are alive and remain shall be caught up together with them in the clouds, to meet the Lord in the air: and so shall we ever be with the Lord.” But, not only does Christianity unite us to Christ, it also unites us to other people “in the bond of peace,” as the book of Ephesians puts it. This bond of peace is possible because “there is one body, and one Spirit, even as ye are all called in one hope of your calling” (Eph. 4:4). The church is the means by which God fulfills his promise to “set the solitary in families” (Psalm 68:6). And perhaps the clearest expression of God’s overarching intention that humans are to be in relationship to one another is found in the beginning when He said, “It is not good for man to be alone” (Gen. 2:18).

Based on the foregoing sampling of verses, one would hardly expect the theme of unqualified hopeless loneliness and forsaken solitude to be a staple of Christian poetry. To indulge in feelings of loneliness is to be self-absorbed, a sentiment more in line with humanism, which seeks to exult autonomous man, than with a self-crucifying Christianity.

Nonetheless, Christians are tempted to bask in feelings of utter social separation from fellow believers, sentiments which are not only spiritually unhealthy, but also sinfully indulgent. An easily imagined scenario, no doubt frequent among many an intellectual’s experience, is an individual who feels isolated from those around him because he possesses superior knowledge or education to the mass of his acquaintance. For him to dwell in self-pity or frustration upon the swamp of inferiority that surrounds him would be in direct opposition to Paul’s instructions to the Philippians to, “in lowliness of mind, let each esteem other better than themselves. Look not every man on his own things, but every man also on the things of others. Let this mind be in you, which was also in Christ Jesus: who, being in the form of God, thought it not robbery to be equal with God: but made himself of no reputation, and took upon him the form of a servant…” (Phil. 2:3-7).

Here is how George Elliot puts it in her novel Middlemarch: “Every proud mind knows something of this experience, and perhaps it is only to be overcome by a sense of fellowship deep enough to make all efforts at isolation seem mean and petty instead of exalting.” Another scenario might be a person of deep sensibilities, who feels he will inevitably be misunderstood. People frequently think of a variety of reasons they expect to be misunderstood: their personality, their position, their obscure interests. Amusingly, if we considered the alternative, if our every word, thought, and action could actually be fully comprehended by another person, I imagine we would quickly find ourselves left in true isolation. At our present inauspicious stage of sanctification, not being fully understood is a blessing beyond measure.

Still, to a Christian remains the infinite comfort that he is “known of God” (Gal. 4:9). And, as if being known by a faithfully compassionate Father weren’t enough, that Father has also commanded that our brothers and sisters in the church are bound to treat us with long-suffering, loving kindness. Within this abundance of blessing, a Christian has no just cause for feelings of self-pity simply because eighty-five percent of the people he talks with cannot quote Shakespeare or cannot sympathize with his fascination for Goethe or quantum physics.

However, in the only partially resurrected state of the church in this age, Christians will inevitably fail at times to surround each other with satisfying love and fellowship, and this might result in someone, out of no fault of his own, being actually excluded. For this person, it is integral that he look outward. Rather than continuing to ruminate upon his own pitiable condition, he can instead seek to understand and meet the needs of others. Ironically, when a person begins to reach out to others, it makes him the initiator, causing him to occupy a “power role.” Having this reputation in the minds of others will frequently result in generating respect and consideration for him in society. That is what we are taught to expect in Matthew 23:11 and 12 when Jesus says, “But he that is greatest among you shall be your servant. And whosoever shall exalt himself shall be abased; and he that shall humble himself shall be exalted.”

From Scripture it is clear that it is not God’s intention for his people to be lonely. Imagine how ridiculous it would sound if Deuteronomy 7:6 said, “For thou art a lonely people unto the Lord thy God.” Instead it says, “For thou art an holy people unto the Lord thy God: the Lord thy God hath chosen thee to be a special people unto himself, above all people that are upon the face of the earth.” There are so many beautiful themes of fellowship and relationship and sacrificial love – themes that only a Christian is in a position to adequately write about. Is it not a heedless waste of a Christian’s faculties to produce poetry that serves only to offer incense to his own self-absorbed loneliness! But in moments when a Christian does feel he is justified in including elements of loneliness and hurting isolation in his poetry, let him at least realize he is morally responsible not to indulge in reflections of bitterness and disillusionment. Rather he must allow the imperfection of fellowship now to create in himself a greater yearning for the day in which “we all come in the unity of the faith, and of the knowledge of the Son of God, unto a perfect man, unto the measure of the stature of the fulness of Christ” (Eph. 4:13).

Faith Martin works for her Mother and sundry other family members, tries to hold herself to a stringent course of reading, drives her family crazy by her incessant harpsichord practicing, and most recently has begun studying the Pennsylvania Dutch language with a private teacher.

4 thoughts on “Faith Martin: I All Alone Beweep my Outcast State”