Here are some of the people who make the Curator possible.

Lynn Martin lives, writes, and sings in Hagerstown, MD. Occasionally he also thinks, and he has come to the belief that the arts can help us to remake the world in the image of God. He is especially interested in literature and early music, and he spends much time with J.S. Bach and George MacDonald. He began his studies at Hagerstown Community College, where he edited the Hedge Apple Magazine as a student editor. This spring, he graduated summa cum laude from the University of Maryland, majoring in English and philosophy. In his poetry, Lynn is currently exploring a lyrical style for which he derives inspiration from Yeats’s early work. He is also fascinated by George MacDonald’s use of the fantastic to convey truths that are buried deeply in the human person. Lynn publishes some of his poems and stories on his blog.

Conrad Martin has not planned his life, but an order emerges. He finished 10th grade in the deserts of New Mexico, and in those deserts knew that he would write poetry and be a philosopher. Or philosophize and be a poet—he often can’t tell which. He then taught wild children in Honduras and California, stopped for a few years to design some machines 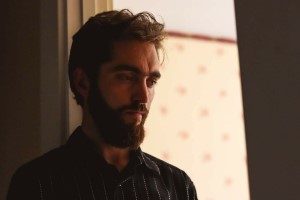 (during which time he fell in with a band of fresh young emailing poets who developed him more than he can think), then journeyed to a wooded spot in northwest Pennsylvania, where Faith Builders builds, and in those two years of college he knew he would go further and find the people who would tell him the things, so he does not have to come up with them on his own, because that is much slower. But in some ways it may be better, perhaps, because when one has all one’s own . . . He begins two more years at Messiah College the fall of 2019, majoring in philosophy, with wistful glances at the English department. He has not planned further.

Claudia Lehman grew up in one of Lancaster County’s rare woods, surrounded by a loud and loving family, squirrels, visitors, and several hundred books. Her father read and recited poetry to her and copiously encouraged her own. For several years, between scrubbing floors at home and making coffee at a market stand, she taught ESL, music, 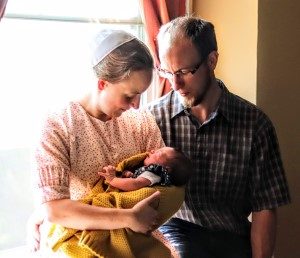 and creative writing to homeschooling families and refugees not far from her woods. Then she flew to Chihuahua, Mexico, where she ran in and out of nine classrooms and one hundred German children taught her patience and wonder while she explained verbs and pronouns. In a critique group of young writers called the Refiners, she thought through classic masterpieces, sharp-edged advice, and arguments over phrases and philosophy, and was introduced to friends of the loveliest sort, including a strangely interesting school teacher called Kyle Lehman. In 2017 they were married, and the following year they moved to Păltiniş, Romania, where they taught school together and soon bought an unkempt little orchard in which to build a nest. She has now shelved teaching (mostly) for a decade or two to take care of a quite new person called Josephine. Besides writing poetry and editing the Leaf, Claudia is the poetry editor for Crosswind magazine and has published several works of historical fiction. She also enjoys writing unrealistic to-do lists. She reads anything she finds, but has been deeply changed by the writings of Sarah Hagerty, George MacDonald, Isobel Kuhn, N.D. Wilson, George Eliot, G.K. Chesterton, and Tolkien. She believes that creating true and beautiful things is the calling and privilege of the sons and daughters of the King as He redeems His world.

Many others contribute to the success of the Curator: James Weaver and Grace Weaver, the graphics team; Kenneth Godoy, our photographer; and Obi Martin, Natasha Eby, Kyle Lehman, and Daniel Lowry, who perform roles that are just as important, but harder to describe in so few words.